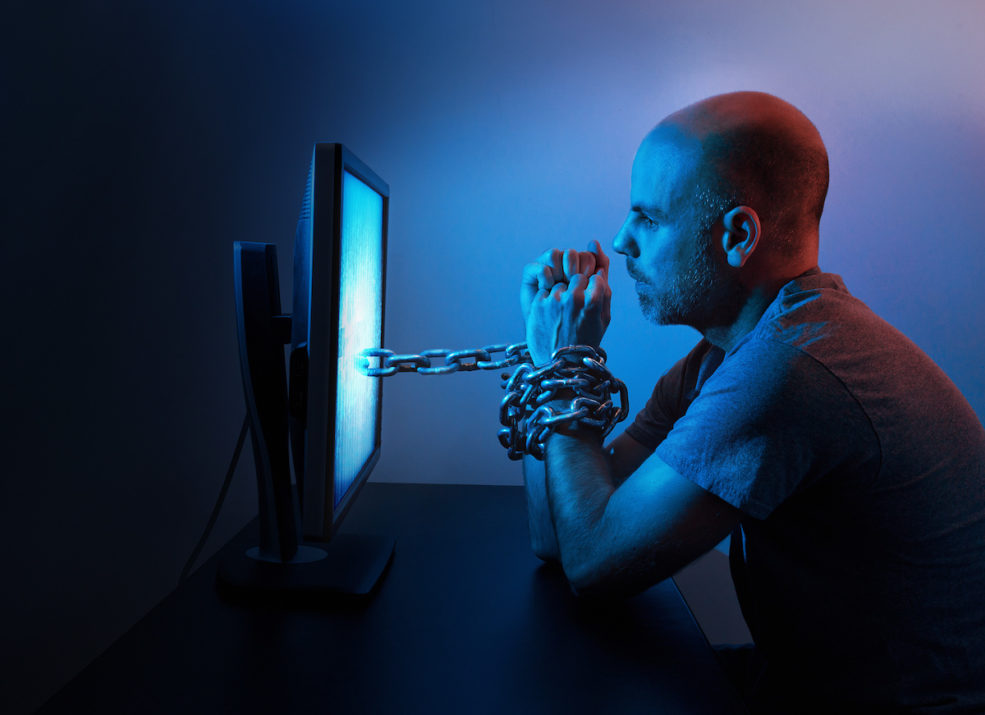 Are you tired of fighting sexual sin from your childhood?

Whoever told you to fight? It’s assumed…the way it’s taught at times even in religious circles. Even though I understand the idea of fighting temptation and “never giving in” it’s the 100% ineffective and non-Biblical way to approach victory with sexual sin.

The Bible never said to fight. Fighting sexual temptation is a sure L every time!

Goliath in the Bible would’ve torn David to pieces if David would’ve fought the way Goliath was suggesting:

“Come to me and I will feed your flesh to the birds”. Do you think he was kidding? He would’ve done that to David and history itself would be entirely different. He was suggesting that David engage him in hand to hand combat, but David was an expert with his sling. You don’t fight an enemy from a losing disadvantage! And that’s what it’s like to fight sexual temptation. The devil actually wants you to engage in “fighting” sexual temptation because he knows he wins every time.

So what are we supposed to do?

“Flee sexual immorality. Every sin that a man does is outside the body, but he who commits sexual immorality sins against his own body. Or do you not know that your body is the temple of the Holy Spirit who is in you, whom you have from God, and you are not your own?”

How do you flee?

Pluck out your eye, the one that watches porns?

Cut off your hand? The one that masturbates? I don’t think it’s literal…I believe this Scripture is saying to flee sexual immorality and make it in the Kingdom, you have to be willing to do something drastic!

This story changed my life when I was a young married and having a hard time overcoming lust and pornography. This pilot got on the radio and said that the way he overcame pornography was that he would literally unplug his TV and walk over to his friend’s room and literally just ask him to keep it there while they stayed there. Well, not only was that a step to overcoming temptation for him, but his friend began to question his reasons for such steps and decided he wanted to free as well. You see, this pilot had a pastor that told him, “sometimes you need to do something drastic to overcome things that are keeping you from the Kingdom of God”.

So here are some steps I would recommend that are drastic and restore peace in your life:

Get a flip phone that sucks so bad that it doesn’t even get images. If you absolutely need a smartphone, turn it in to your guardian at night at least an hour before bed or lock it in your car 🚙 at night or when you are alone.

Get any pornography or ANY magazine that Incites lust and burn em.

Get someone that you can trust to be accountable to. Tell them that you are trying to flee sexual immorality and ask them if they can check in on you weekly and make sure you’re staying to your disciplines.

Don’t be idle & don’t be alone. If you need to rest, get a friend, and do some activity that is fun and passes time. SERVE! Go to your pastor or youth pastor and ask them if they need any help around the church. YOU’RE MORE THAN LIKELY TOO FREE, GET YOUR BUTT UNDER AUTHORITY AND DON’T MAKE THEIR LIFE HARD.

Keep your spiritual disciplines. You won’t die. Read your Bible and keep notes of what you learned from the Bible every day. PRAY, force yourself even if you have to read prayers…just get in a praying habit and whatever you do, don’t base your prayers being good based on how it feels because at this point your feelings can’t be trusted lol. Sexual immorality is a sin against your own body, so your body doesn’t believe that you’ve changed yet. It’s going to take a season of sobriety to be centered emotionally again. But don’t worry, so long as you don’t go at it alone, you’ll succeed in Jesus Name.

This site uses Akismet to reduce spam. Learn how your comment data is processed.

Bible Verse of the Day

The LORD is with you when you are with him. If you seek him, he will be found by you, but if you forsake him, he will forsake you.
2 Chronicles 15:2b